China's electric vehicles and Tesla experience in all aspects, and even potential psychological aspects of consumption, there are some gaps. 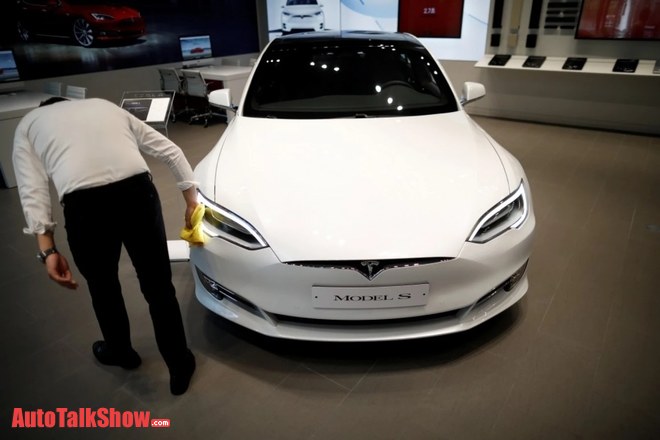 China's electric car, such as: BYD, etc., generally mileage or around 400km, even less than that.

where the gap comes from several sources, one of it, the battery!

When the electric vehicle industry has just started, only one is 18650 Tesla battery.

called "18650", is actually quite simple, is: 18mm diameter, 65mm length of cylindrical nickel-cobalt - Al lithium batteries, it is the type of digital strings.

one size and we will use ordinary AA batteries, 14500 battery is a little bit larger than the initial model is Sony's standard set of lithium batteries.

widely used in the area? Laptop above.

What causes it? The energy density of such batteries, lithium nickel cobalt manganese three yuan than China produced many manufacturers use is much higher, that is to say: the same figure, but a greater effort. There are papers

"Science and Technology", "Tesla electric vehicle technology analysis" to the above data.

Tesla tasted the sweetness, we are not far behind, domestic manufacturers have begun to follow up the battery using 18650.

But this time Tesla and step out of the new, latest products Model 3 above has begun to assemble a higher energy density battery of 21700. When

produced in China in electric vehicle battery energy density of 200 W in general horizontal/kg, Model S has reached the 260 W/kg, and another much.

But Tesla 18650 battery has a relatively large drawbacks, it is really small head, right? It is a little larger than the AA batteries.

a car to thousands, tens of thousands of battery all put a piece, high-quality products Model S, 7000 multi-cell battery.

number will bring a variety of problems, such as: different battery different attenuation, resulting in the life of the battery pack is not the same, attenuated.

or thousands, of the battery, then put it all strung together in series, parallel, will produce a temperature, voltage, current imbalance, leading to a lot of stability and security issues.

do not mind, is like saying: good management of a small team of five people, is not it difficult? Say it.

You have to manage a department, or even all the company's employees, you need a very complex management mechanism, a variety of operations, arrangements and so on.

In contrast, China's electric car not so many things, and not so sophisticated battery management system, because the battery should not have more.

Faced with this even BMW, Toyota traditional car manufacturers have not resolved the problem, Tesla hard it is to come "ah ha ha."

ably by way of hierarchical management, to more than 7,000 batteries made the grade 3 management.

In this hierarchical management, Tesla really did improve the management of this large section of more than 7,000 "AA batteries" approach.

or even inside it bluntly: this really is the world's most advanced battery management system it has.

In addition to the mileage dominant aspects, aspects of Tesla charging too much, and China's electric car also opened a gap.

Dongguan University of Technology has a paper, "Review of Tesla power management system and fast charging technology" above.

It cited a Tesla charging technology, what is?

to charge quickly as possible under the premise of ensuring safety, the charging gun Tesla built with special sensors. 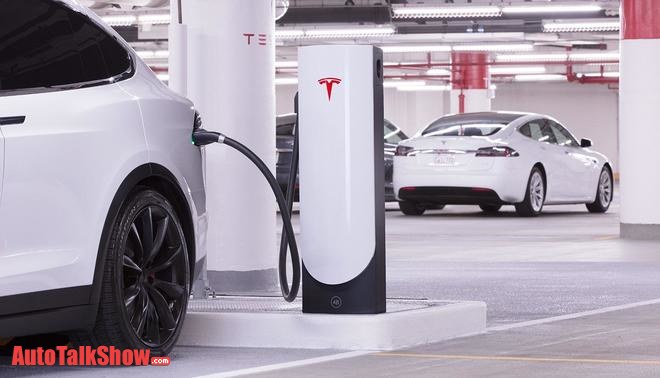 in the process of rapid charging, real-time monitoring battery temperature through the inductor.

The feedback data for adjusting the intensity of what charging gun, anyway, that a lot.

put it simply: in charge of that stuff over there, can not feel the battery hot hot.

You do not hot, I will again increase the charging point; you hot, I will weaken points. It is flexible, is intelligence.

We are not like light bulbs and domestic plug the same, "A pair of" a plug, a number is the number, this is indeed a little more powerful.

And the charging power of up to 250kW new generation of super-powered pile last year, has begun in Shanghai he paved.

250kW super charge generation Model 3,75kW pile? H of the battery charging from 0?o 80?less than half an hour.

psychological gap between the user's

Well, just all the ability, all technology, all the money, except for the fact can feel these things, Tesla's price and brand image and it is also China's electric car opened the gap.

Tesla also through this 2 car, we succeeded in the minds of users to establish that it is a luxury car impression, after all, the price is on the other side.

buy luxury cars, open luxury cars, has always been able to allow users to get a pleasant feeling of one of the acts.

car itself is part of the American economist who Bolun definition of "conspicuous consumption acts".

In other words: by the consumer to visually demonstrate their ability to pay to others.

So, buy hundreds of millions of Tesla this car, just buy a "Versace" suit is a reason.

You wear them even feel the people have become handsome, is not that the former had their own, right?

In contrast, Wei of China to produce such high-end electric cars will sell 40 million.

This gap is a bit like the iPhone 11 Pro, and China's flagship production of mobile phones in this feeling is the same ratio, which is indeed still a little gap.

The inner loop can drive with crown isolated new virus?