AutoTalkShow >Automotive Knowledge >Automobile spare tire was small and narrow with car manufacturers to cut to save money?

"small spare tire" does not necessarily save money, but save space

common spare tire, but it can save money

First, smaller, narrower the spare tire is not actually cheaper than the original full-size spare tire.

For example: Volkswagen Jetta spare tire, the direct use of Polaris is low with the original tires, do not require additional purchase, the stock digest.

If a non-full-size, but the manufacturers to redesign support, but this is even more cumbersome. 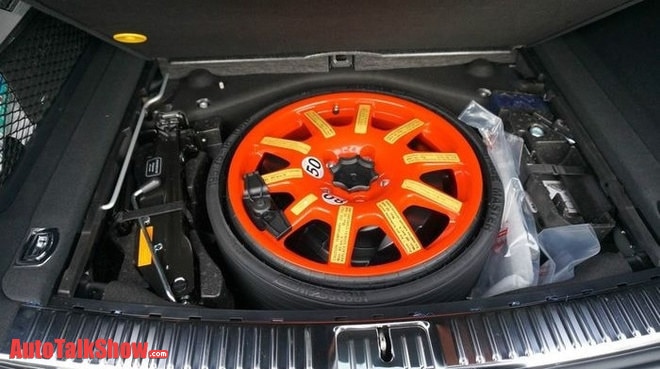 analogy: bun shop direct selling steamed buns, full-size spare tire is to buy 4 get 1, directly give you a good thing.

I would also like to buy a steamer of dumplings, steamed pot again to you, the cost is higher, but the event might purchase large amounts dumplings how to do?

Although this small little spare tire is more expensive, but there are more and more manufacturers into "small spare tire 'embrace, and why? Mainly because it has many advantages.

journal "world car" There is a dissertation in 1996, stresses "Development of Substitute Benz automobile spare tire" above.

quality full-size spare tire generally reach about 20kg, will occupy 60 to 120L of trunk space for a lot of female friends, the driver, the spare tire is very heavy it! Difficulty

In other words it is actually relatively high, if she does not have a boyfriend, right?

If that is the smaller of the spare tire, spare tire is lighter than the regular one will be able to 40?also the same space occupied by small, for them it is even more convenient.

In addition to the more common "small spare tire", there are still a number of models, in order to further save the backup tank space, weight, start using the "folding spare tire."

For example: Audi Q5, the same platform Porsche Macan, Volkswagen Touareg are beginning to use this thing.

This usually do when the spare tire, in the tire wall is a stack of flattened, before filling with a gas 1-3 minutes, the tire "bu" open to the expansion, the same as if a balloon .

Of course, the sidewalls can be folded, both need to be sufficiently flexible, have folded up, and then providing adequate support to be inflated.

This technology content can be much higher than the balloon, prices tend to be more expensive than the average spare tire is a lot of.

"small spare tire" is designed to let you quickly change

For manufacturers, deliberately put a small spare tire, and the tire normal differentiated form, is in fact a disguised reminder we as soon as possible to repair.

Mercedes-Benz (China) is responsible for product safety manager, said: The reason why the spare tire is narrower than the other tires, the driver can not get the spare tire is to make a positive long-term when the tires.

Similarly, Guangzhou Toyota Division is responsible for after-sales also told reporters:?. spare tire itself is not long-term use are say so.

Porsche number of models in order to remind the owners, also the spare wheel the whole it is painted in red color, and is even more eye-catching.

visible Porsche to buy the red color of the car not many people.

using the "small spare tire," What should be noted

for most of my friends, in fact, is the relative lack of attention to the spare tire.

there is a large car home survey data: over 70?f the owners, never met a puncture phenomenon, that is, because of this, he never used the spare tire

. and the people had experienced a flat tire among the vast majority are selected directly called Roadside assistance phone: "" eh "you come get it. "After only a few people would choose to replace the spare tire.

So everyone precautions to spare tire, so it is not particularly understand.

put on the spare tire to pay attention thing, in fact, a lot, but really are directly related to traffic safety.

mounted on the front axle," small spare tire "will increase the braking distance of about 15.4 m, a length of about three and a half vehicles, brakes strong.

use the "small spare tire" when cornering grip will be reduced, for SUV models, grip down about 13.5?

In addition, for the "small spare tire" safe mileage, suggested that they give is: up to 450km.

Simply put: After we changed a little "small spare tire" as soon as possible to find the nearest repair point, do not do hard acceleration, braking, sharp turns these actions.

In addition, pay attention to speed, most of the "little spare tire", maximum speed limit is 80km/h.

spare tire becomes small and narrow is the manufacturer deliberately

gotta speaking, the spare tire becomes small and narrow, indeed the manufacturers deliberately do it, but at the cost above, but is higher, not to cut corners.

The reason why manufacturers use a "small spare tire", mainly in order to reduce weight, reduce the space occupied.

After using the spare tire, tire shop is definitely going up, this is a more important thing thing, you can not always spare tire on the car has been opened.